The Michigan Irish American Hall of Fame has announced its 2017 class of inductees. The Hall recognizes Irish Americans who have made important contributions in various fields of life in Michigan. The honorees were inducted in a ceremony at noon on Saturday, September 16, 2017 at the Michigan Irish Music Festival in Muskegon, on the Galway Stage. 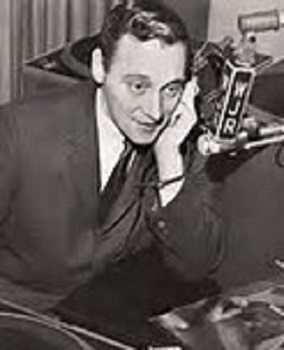 Long-time Detroit radio star J.P. McCarthy is honored in the category of Arts and Entertainment. He was raised in Detroit, was a U.S. Army veteran, and with his wife Judy was the father of 6 children.. Before his death in 1995, J.P. McCarthy for 30 years was known as the “voice of Detroit,” enthusiastically saluting his early morning audience with his signature greeting,“Good morning, World!.” J.P.McCarthy was not just an entertainment personality, to his listeners he was a family member. He interviewed prominent persons in many fields, as well as everyday people. Among his many interests, he was passionate about his Irish heritage, and his annual St.Patrick’s Day show was a “must” event for all of Detroit and beyond.

In the field of Public Service, the inductee is Edward H. McNamara, former Mayor of Livonia and Wayne County Executive Director. For 16 years he was Mayor of Livonia, where his leadership gained recognition of Livonia as a model city. He then led Wayne County for 16 years as the County Executive Director. Under his leadership, Wayne County’s $135,000,000 deficit was eliminated, two stadiums were constructed, public parks were improved, the county jail was upgraded, and a new morgue was built. His crowning achievement was the Detroit Metro Airport, where the main terminal bears his name. Throughout his life he was very active in the Detroit Irish community. He died in 2006, and family members will receive his award.

Brian Sean Dunleavy is honored in the category of Business and Industry. Brian is the son of an Irish immigrant and is a Detroit area native. Starting at the age of 8 years as a paper boy, he has always exemplified an incomparable work ethic. After graduating from St. Francis Cabrini High School, he was a route salesman for Pepsi and Vernors for 18 years, winning many top sales awards, and saving his money to achieve his dream of owning an Irish pub. In 1989 in Allen Park, he and his brother Tom opened Dunleavy’s Irish Pub, which has become one of the most notable Irish pubs in Michigan. Brian is an active leader in the Ancient Order of Hibernians, the Gaelic League/Irish American Club of Detroit, the United Irish Societies, and the Motor City Irish Festival.

In the field of Education the Hall of Fame recognizes Edward J. Sullivan of Flushing. Edward is a Flint native and veteran of the U.S. Marine Corps. From an early age he was interested in Irish history and culture, and in his adult life he became active with the Sullivan and O’Sullivan Division of the Ancient Order of Hibernians, where he has been Division Historian and held every elective office, including 3 terms as Division President and 1 term as AOH State Vice-President. He has been Grand Marshal of Flint’s St. Patrick’s Day Parade, and has chaired numerous Irish events. He has presented countless educational programs in schools, book clubs, and community events. He and his wife Caron own in Flushing the Irish shop named Sullivan’s Irish Alley and Travel Too, and they have guided groups on educational tours to Ireland more than 30 times. In addition, Ed has an impact in many young lives as a high school head wrestling coach.