Born 1890 in County Cavan, Ireland, Charles Rogers immigrated to Detroit at age 16, and became a U.S. citizen at age 18. After fighting in the U.S. Army during WWI and returning to Detroit, he founded the CJ Rogers Construction Co., which grew into one of Michigan’s largest excavation and road construction contractors. The CJ Rogers Construction Co. built many of the highways and freeways in southeast Michigan. Charles Rogers died in 1971, and he is being honored posthumously. The State of Michigan has named an interchange on I-75 in his honor. He was a prominent member of the Detroit business community and Irish community.  Pictured with Charles Rogers is his wife Kathleen, who was instrumental in supporting him throughout his career.

A native of Battle Creek, Michigan, Erin Quinn’s Irish immigrant father introduced her to Irish dancing at age 5. During her dance career she competed and placed highly in dance championships in Ireland, the U.S. and Canada, was a member of the Riverdance tour, and danced at the White House. In 2001 she founded the Quinn School of Irish Dance, which has locations in Kalamazoo and Lansing. Many of her students have earned high rankings as Irish dancers, and she brings her students to many festivals and dance competitions. For several years she was a co-leader of Western Michigan University’s study abroad program in Ireland and Northern Ireland. She is a Registered Nurse and is also pursuing a veterinary medicine degree. Erin currently lives in Marshall, MI.

A native of West Virginia, John McGarry came to Muskegon in 1990 as Director of the Lakeshore Museum. Over the next 25 years he grew the Lakeshore Museum and its exhibits and educational programs into one of the most respected community museums in the U.S. He was a founder of the Michigan Irish Music Festival, and a well-known historian of both Irish and American history. He was a popular folksinger and story-teller of Irish and Civil War tales. He was an influential community leader for Muskegon in many areas. John McGarry died in 2016, and he is being honored posthumously.

Elaine Crosby, whose maternal grandparents were from Ireland, is a Jackson native and attended the University of Michigan, where she was member of the women’s varsity golf team. In 1980 she won the Bowling Green Invitational Championship, and in 1981 she won the Michigan Women’s Amateur Championship. She qualified for the LPGA Tour in 1985, and for the next 15 years she was a top level player, winning two tournaments, and in many others finishing 2nd, 3rd, or in the top ten. Her accumulated winnings exceeded more than 1.5 million dollars. After retiring from the LPGA Tour in 2000, Crosby won back-to-back Michigan Women’s Opens in 2001 and 2002. In 2004 she won a tournament on the LPGA Legends Tour. In 2018 she competed in the inaugural U.S. Women’s Senior Open. For 18 years starting in 1999, Crosby hosted the Wendy’s Charity Classic at the Jackson Country Club, which raised over $3,000,000 for children’s charities. During her long career, her fellow LPGA members elected her to leadership positions within the LPGA. She is a member of the U of M Athletic Hall of Honor, the Michigan Golf Hall of Fame, and the LPGA Legends Hall of Fame.

A native of Wayland, Michigan, Phil Regan graduated from Wayland High School with varsity letters in baseball, football, and basketball. Soon after he was a pitcher for the Detroit Tigers (1960-65), for the Los Angeles Dodgers (1966-68), for the Chicago Cubs (1968-72), and the Chicago White Sox (1972). He was named Come Back Player of the year in 1966, and was also named Reliever of the Year in 1966 and 1968. He pitched in the 1966 World Series, and was named to the All Star Team of 1966. After retirement in 1972, he was the Head Baseball Coach at Grand Valley State University until 1982. He also played for the championship amateur team, the Grand Rapids Sullivans. He next was a pitching coach for several major league teams and the U.S. Olympic baseball team of 2000. He was the manager of the Baltimore Orioles in 1995 and the West Michigan Whitecaps in 2002-2003. Presently at 84 years of age, in the winter he is the pitching coach of the championship team of the Dominican Republic Winter League, and during the regular season he is the Minor League Pitching Coach Supervisor of the New York Mets.

Videos of the 2021 Induction Ceremony held in June 13, 2021 at the Motor City Irish Fest in Livonia, MI are available by clicking this link. 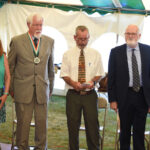 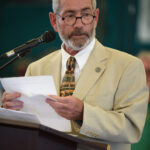 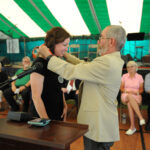 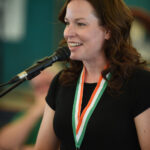 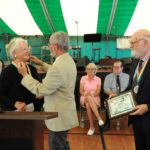 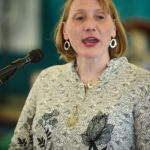 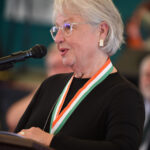 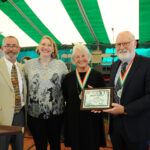 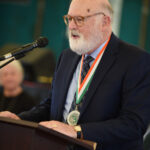 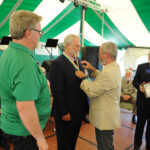 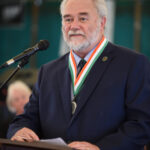 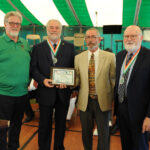 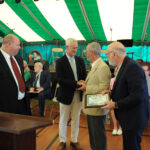 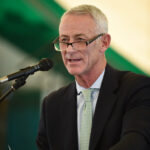 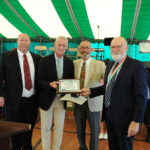 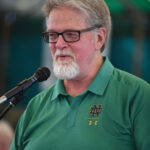 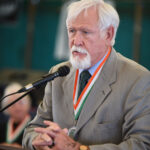 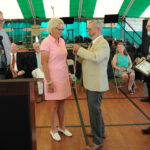 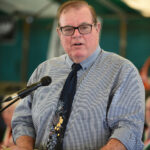 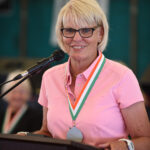 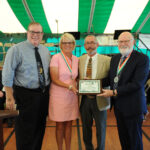 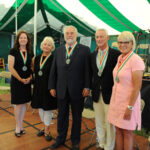 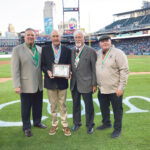 Induction of Phil Regan at Comerica Ballpark on 8/24/2021 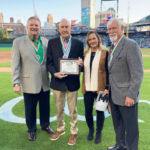